A few of weeks ago, we hired some people to remove the wallpaper in our dining room and bathroom. The original plan was that I was going to do the removal, but after hours of work and a beat up wall, we decided it would be best to hire someone. Especially since we would probably have to hire someone anyway to repair the mess I made of the wall!

The plan was that the workers were going to remove the wallpaper, patch up the walls, and then prime them. Which they did, but they used a clear primer when they did it, which meant that every patched area, the pencil lines from when the wallpaper was installed, and any other wall ugliness showed through. It was pretty gross to look at! (But still nicer than the old wallpaper!)

Finally last Sunday, I couldn’t stand looking it at it anymore! So I painted. Which was both good and bad. Good because it looked much better, but bad because I only had time to paint one coat. Which meant I had to squeeze painting into my already busy schedule! But I managed to do it, and I’m so glad I did because I LOVE how the dining room looks now! Below are some before, in the middle, and after pictures. (Sorry they are not in order! I’m using the WordPress App, and I have some learning to do on how to move images around after you have imported them.) 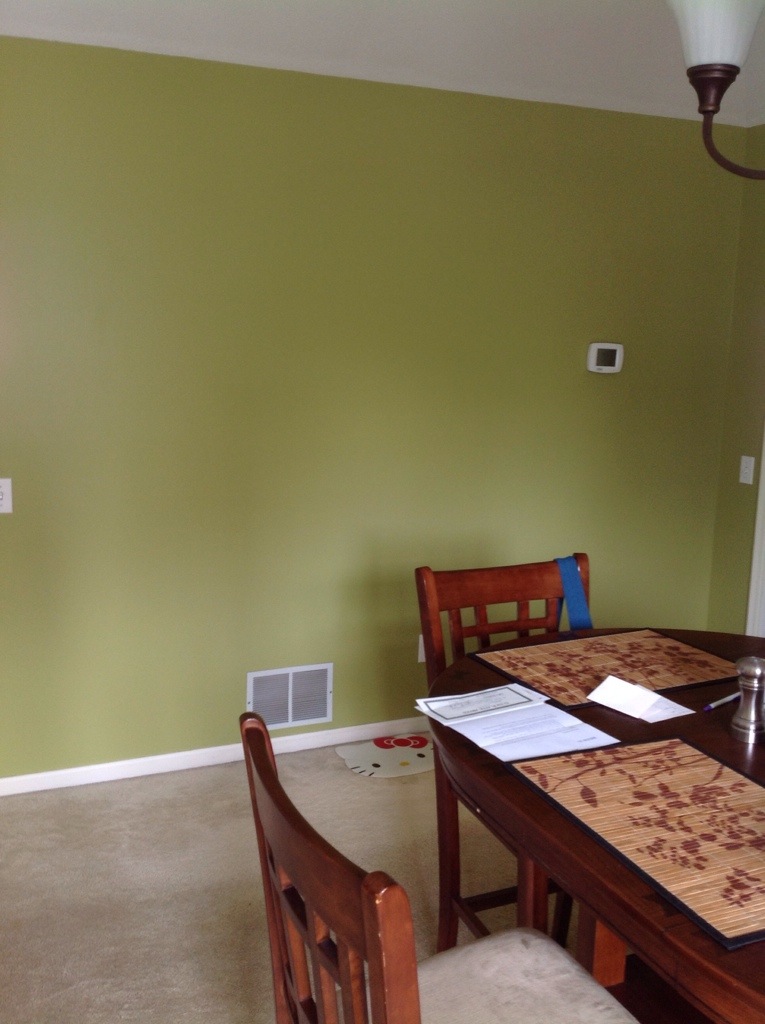 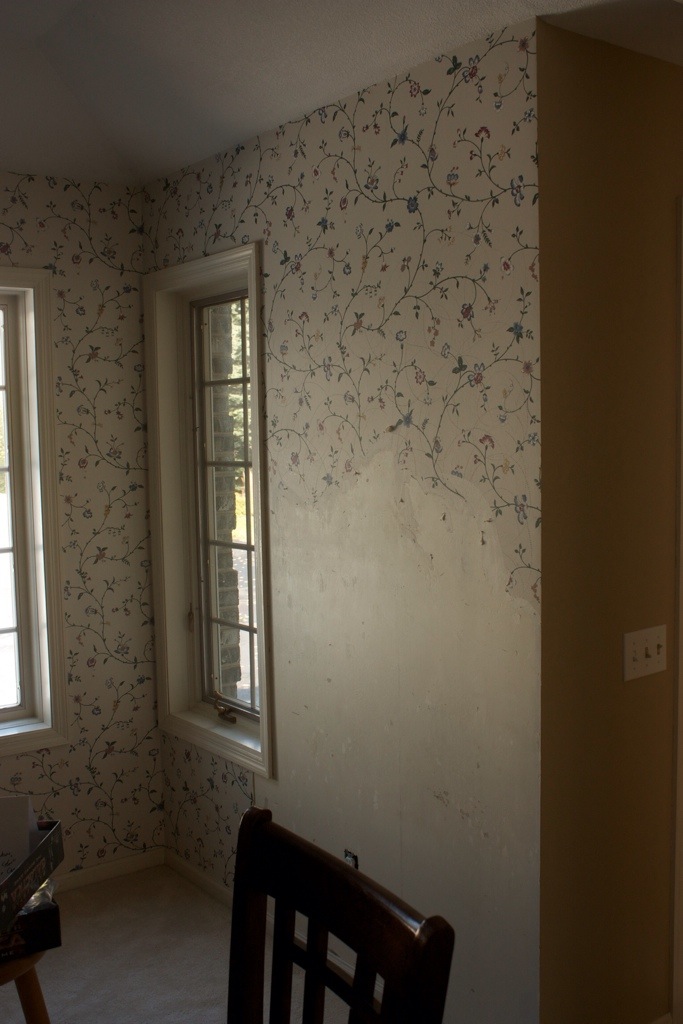 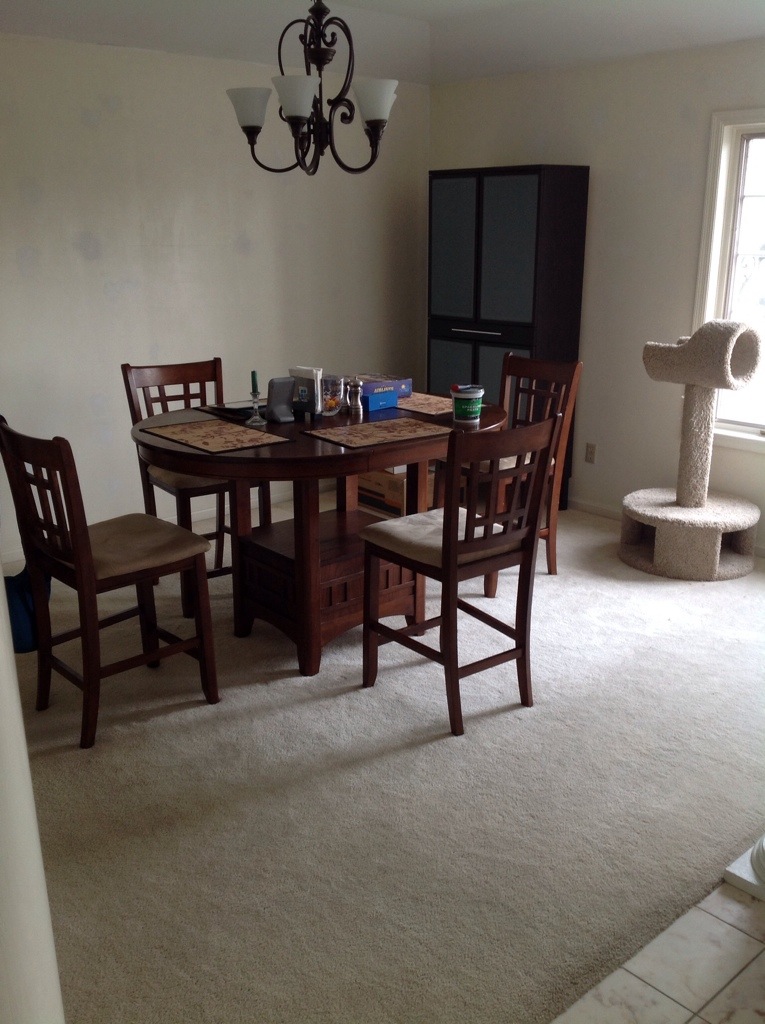